The Ultimate Pet Adoption Guide
Methods of Training – Which One is Best for You?
Why Does My Dog Eat Inedible Objects?
Understanding Basic Canine Body Language

Legend Has It That Corgis Are Enchanted Dogs

According to Welsh legend, Corgis are enchanted beings. They are believed to have lived in the forests of Wales with the fairies and elves where they would pull the carriages, herd the cattle and provide protection. As the legend goes, one day two children were working on the family’s fields when they happened to come across some puppies. The children mistook the puppies for juvenile foxes, bundled them up and brought them home. The children’s parents told them that they were puppies not foxes. They further explained to the children that these puppies were left for them as a gift from the fairies and elves of the land. The parents provided evidence of where the saddle was placed as they pointed to marks located on their backs in between their shoulder blades. The children were fascinated. They went on to love, cherish and care for the puppies and within no time they became treasured members of the family. 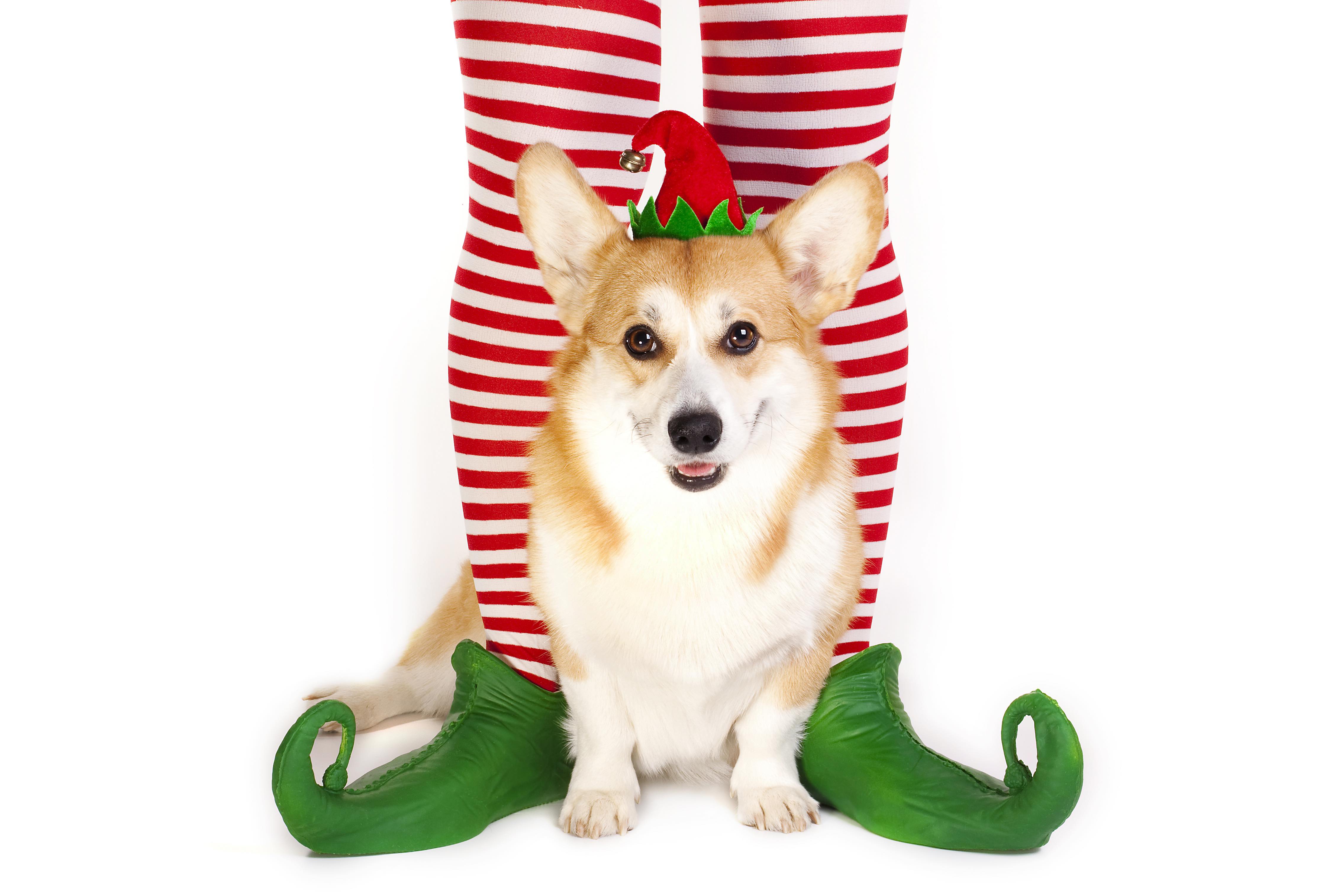 There Are Two Different Breeds of Corgis

The Cardigans originated in the British Isles and traveled to Wales around 1200 BC with the Celtic tribe, a group of Indo-Europeans who share cultural similarities, including Celtic languages. The origin of the Pembroke Welsh Corgi can be traced back to 1000 AD, more than 2000 years after the Cardigans. The Pembroke Welsh Corgi descended from Swedish Vallhunds or Noridic Spitz breeds and were brought to Wales by the Vikings.

While the Cardigan and Pembroke are both small breeds with long bodies, short legs and large heads they have several distinct features. Both breeds have upright ears, however the Cardigan’s ears are larger and rounder than the Pembrokes. Pembrokes weigh up to 30 lbs and have a short, docked tail while Cardigans weigh up to 38 lbs and have a long and bushy tail. In addition, acceptable coat colors vary between the two breeds. Cardigans are blue merle, brindle, black and white and red and sable with white markings and Pembrokes are red, sable and tri color with white markings. In regards to their personality differences, Cardigans are believed to be more laid back, reserved and calm compared to Pembrokes who are a more high energy and outgoing breed. They both are very affectionate, loving, intelligent and task-oriented breeds.

The Pembroke Welsh Corgi is ranked the 11th smartest dog breed and the Cardigan Welsh Corgi is ranked the 26th smartest dog breed in psychology professor Stanely Coren’s book “The Intelligence of Dogs.” Stanley Coren conducted a study involving 110 dog breeds and more than 200 professional judges of dog obedience. Intelligence was evaluated and scored based on the time it took a dog to learn a new command and how often they obeyed the first command. Both of these breeds fall into the “excellent working dog” category. They were able to learn a new command within 5 to 15 repetitions and would obey the first command 85% or more of the time. Interestingly, Coren explained while highly intelligent dogs excel at obedience training, they also quickly learn how to manipulate their owners to their advantage. I guess some would say they are “too smart for their own good.” With that said, Corgis are highly adaptable and make great companion dogs. Like all dog breeds, Corgis require training, socialization and regular exercise. For the most part, they are great with kids, friendly with strangers and other dogs. 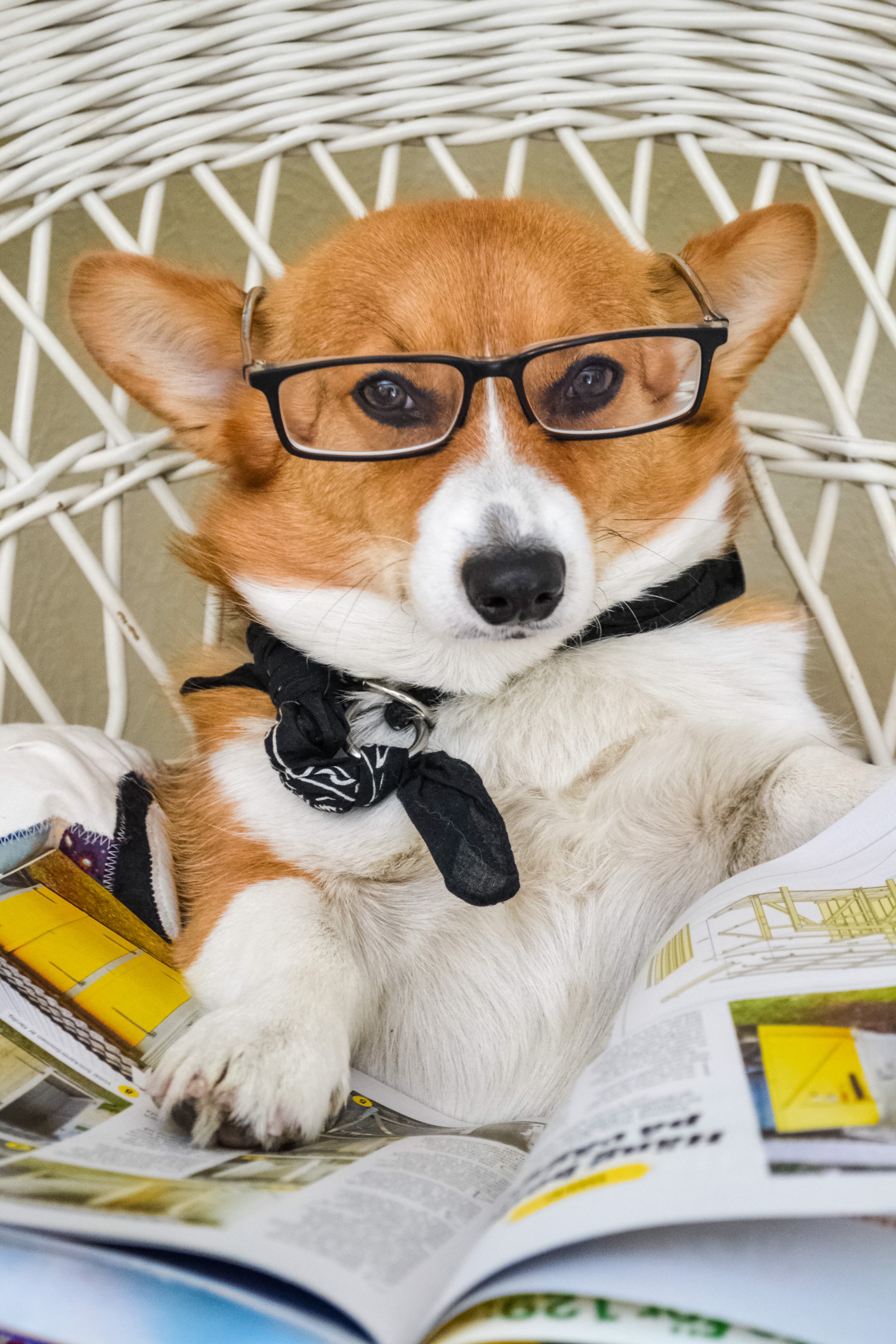 Origin of the Name Corgi

The origin of the name Corgi remains somewhat of a mystery, although there are a couple of theories that are quite plausible. Some believe that Corgi is the Celtic word for dog while others believe the name was derived from the Welsh words “cor” meaning dwarf and “gi” meaning to gather. The Cardigan Welsh Corgi was named Cardigan after Cardiganshire, a historic county in Dyfed Wales. The Pembroke Welsh Corgi was named after Pembrokeshire, a county of southwestern Wales. 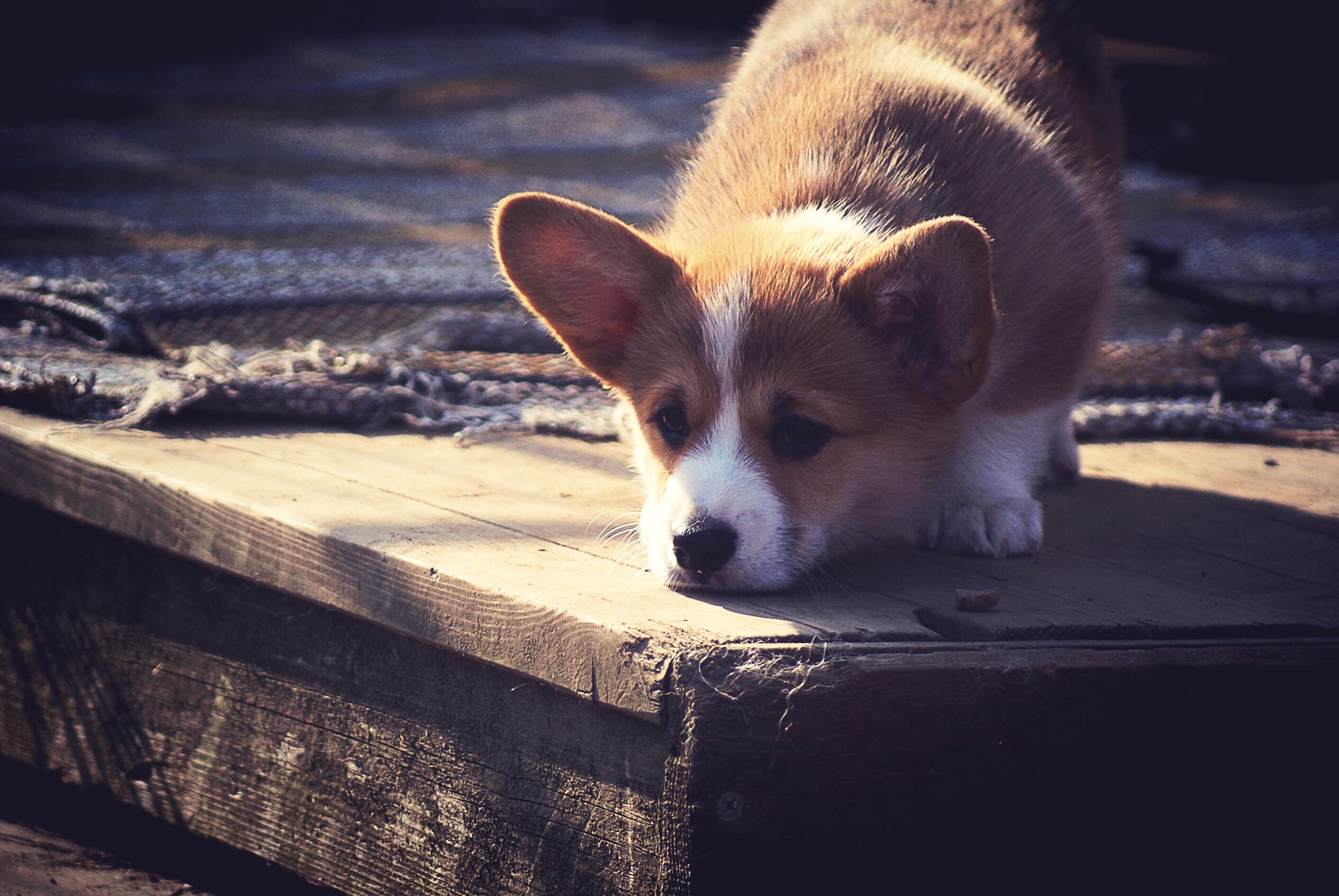 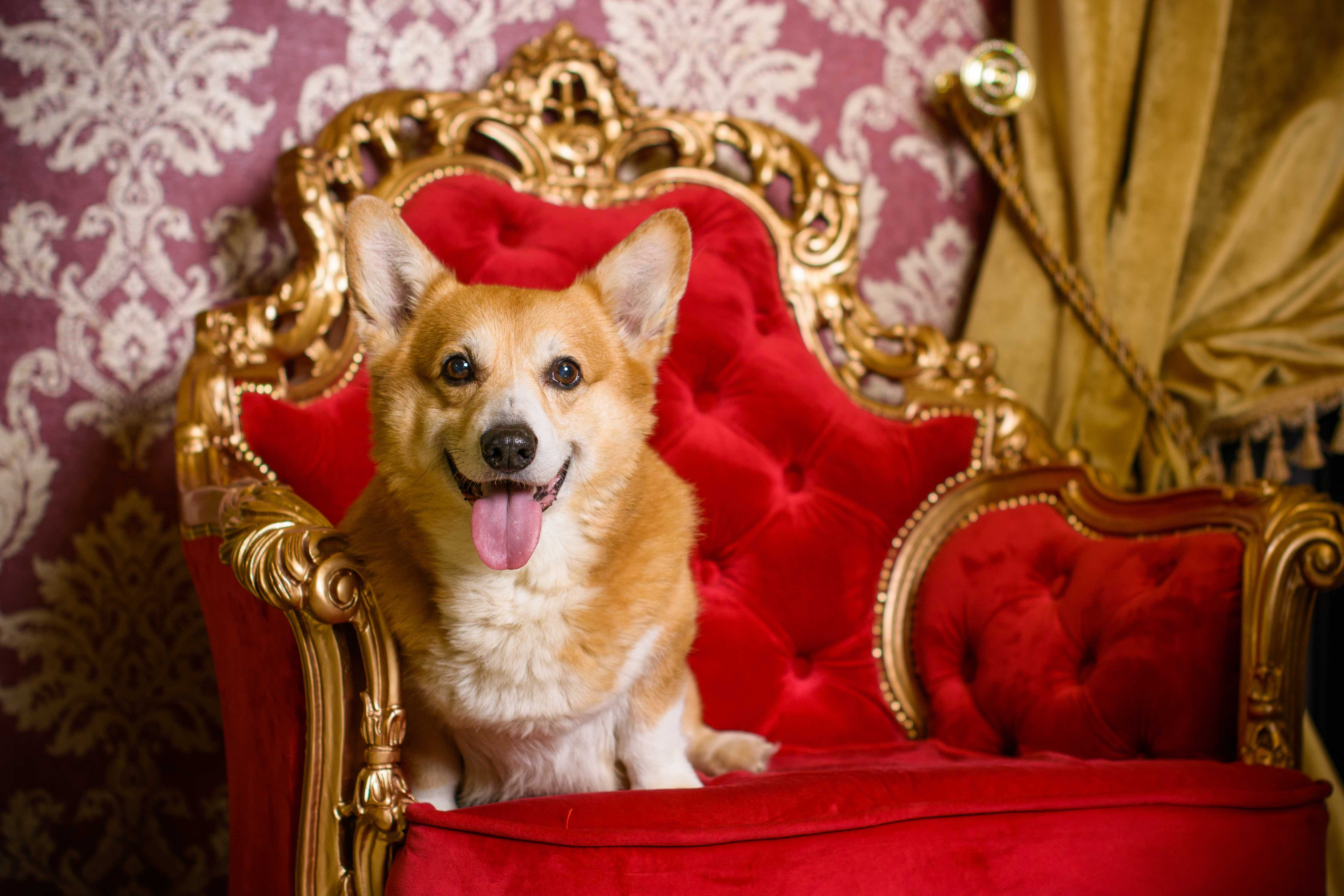 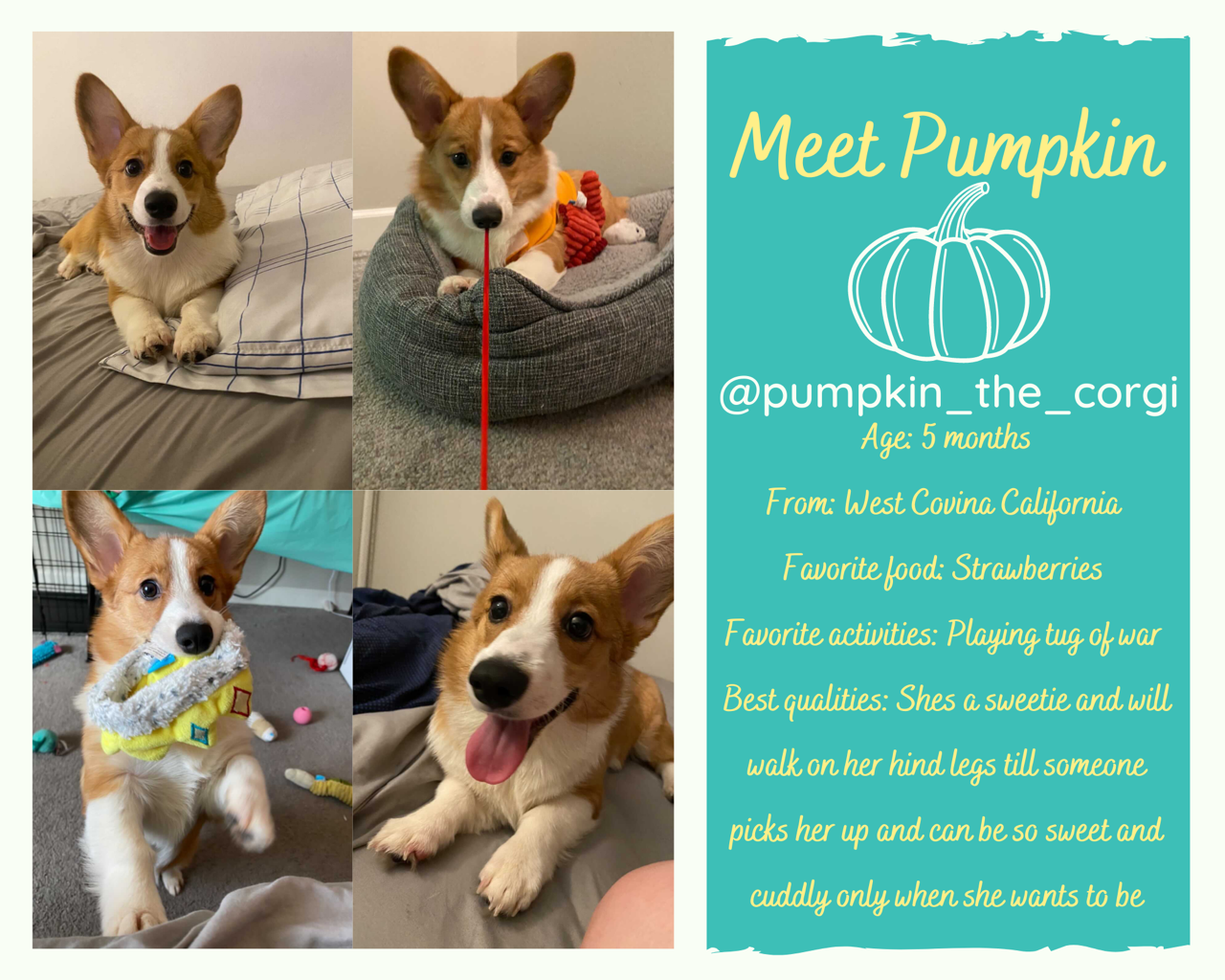 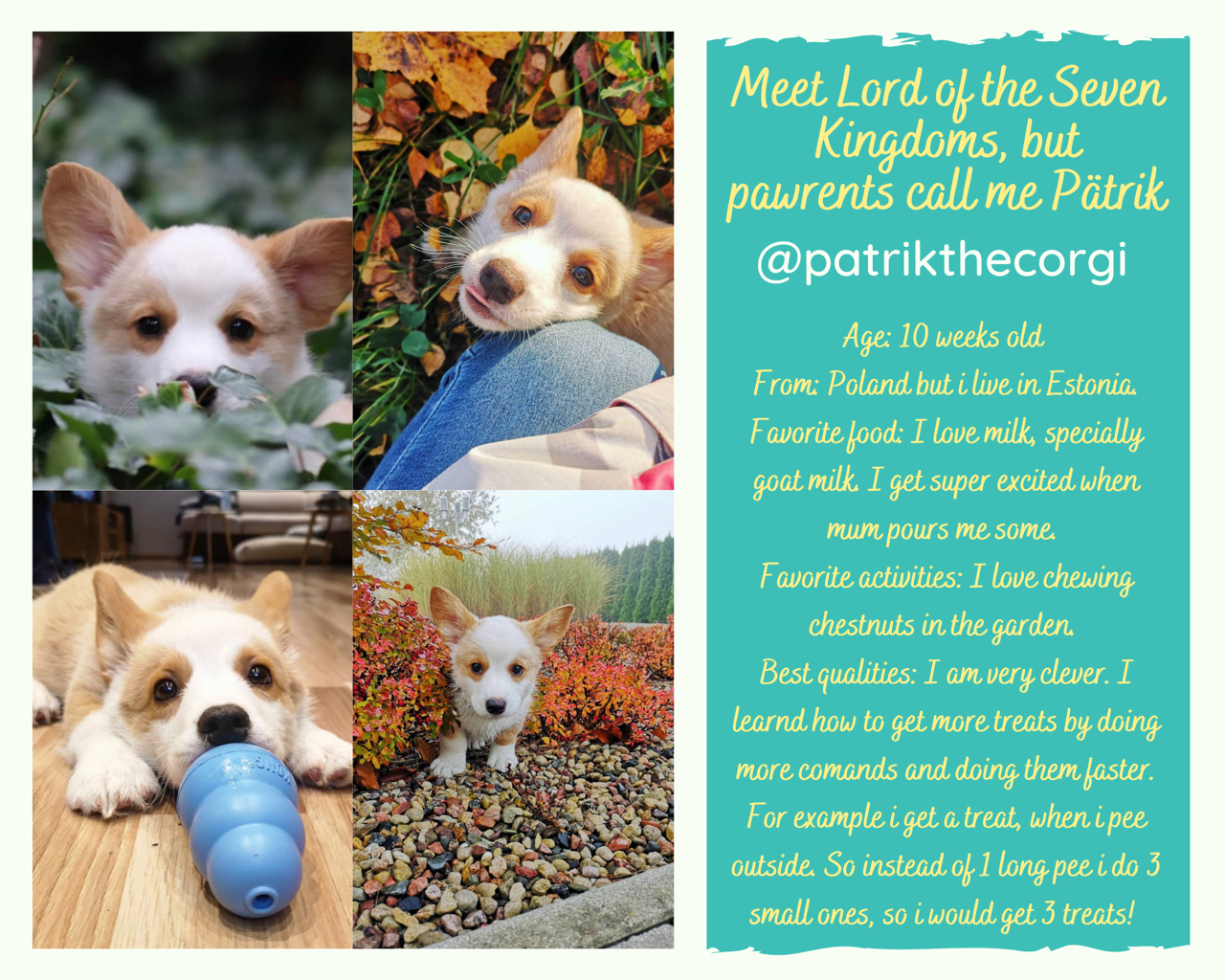 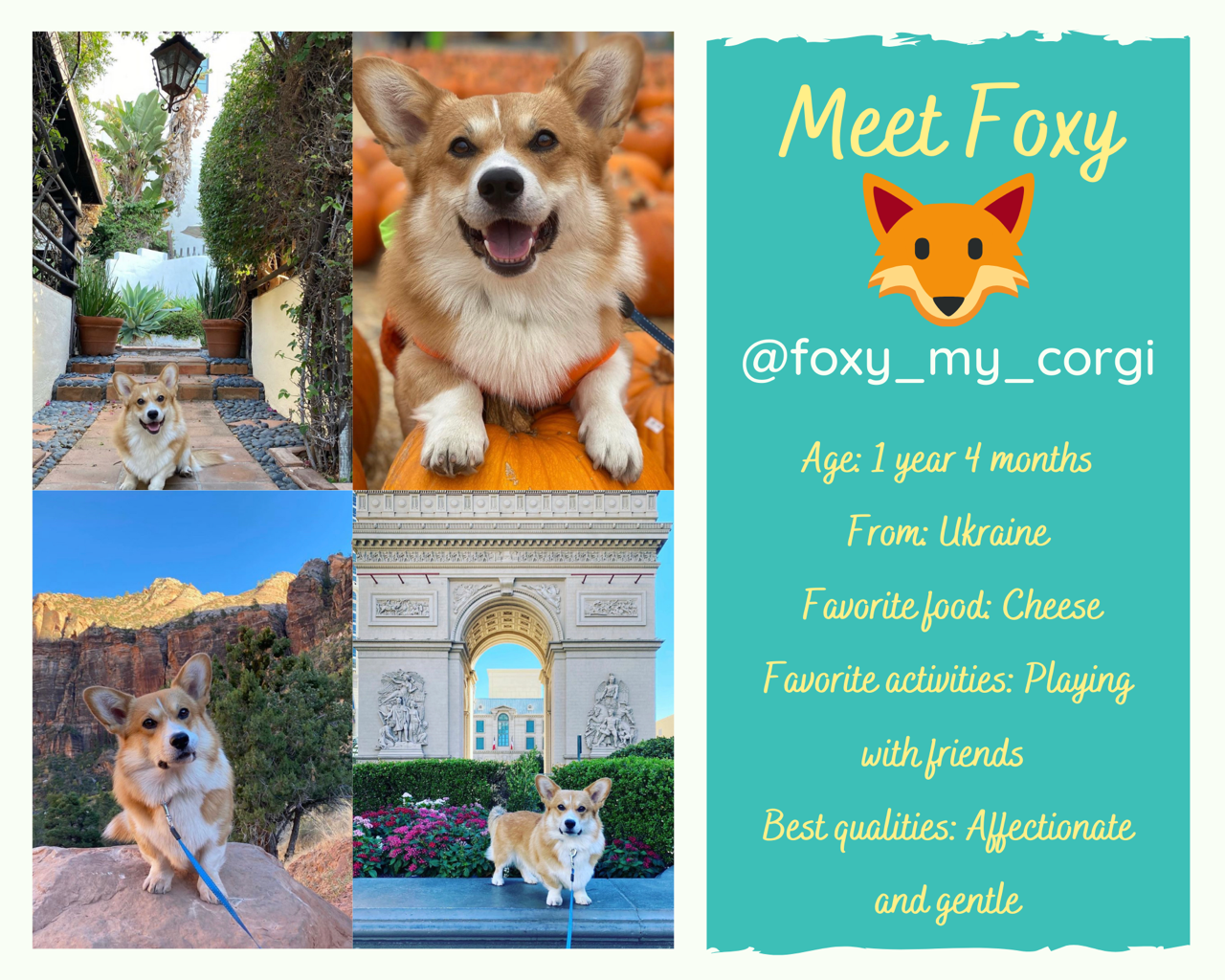 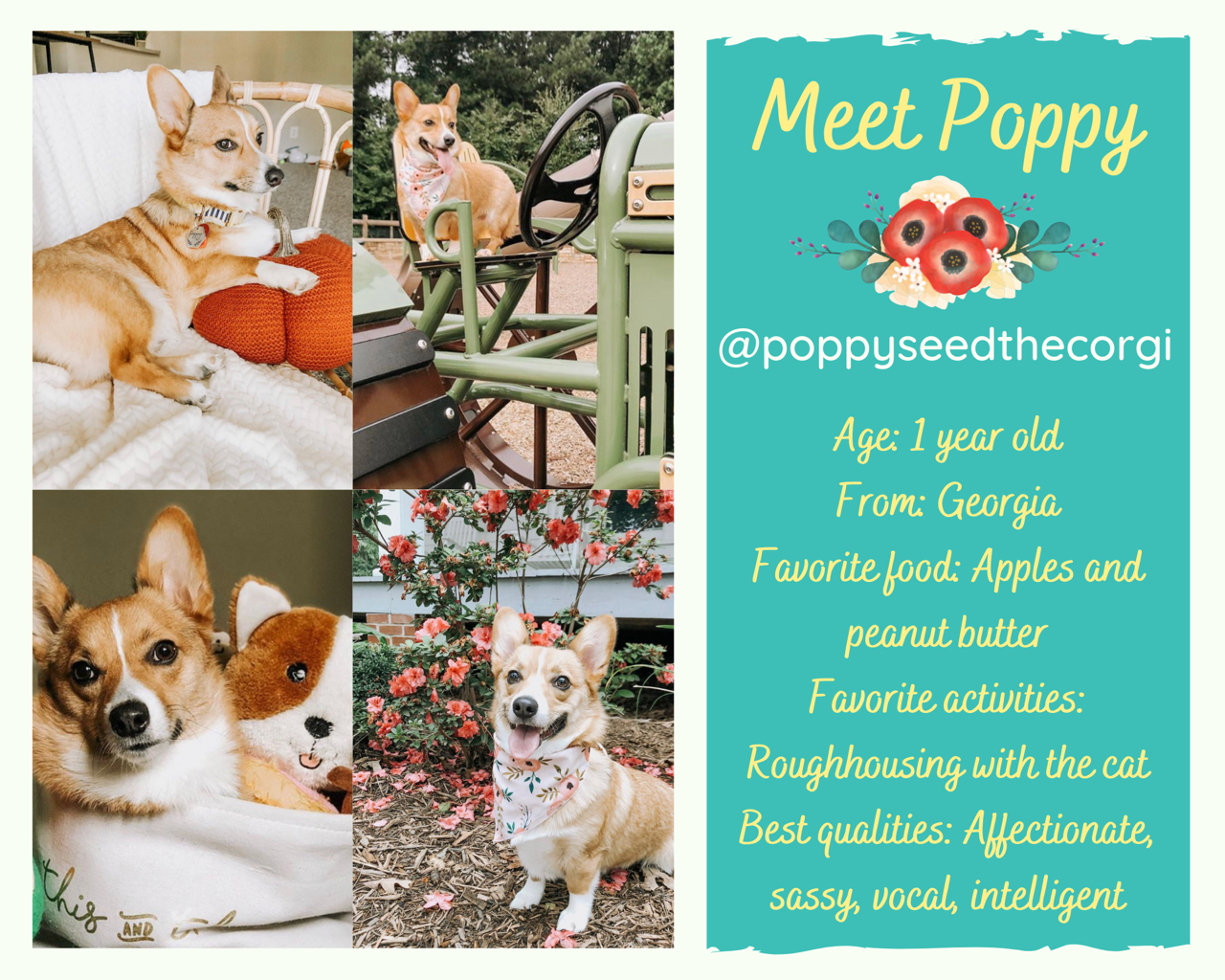 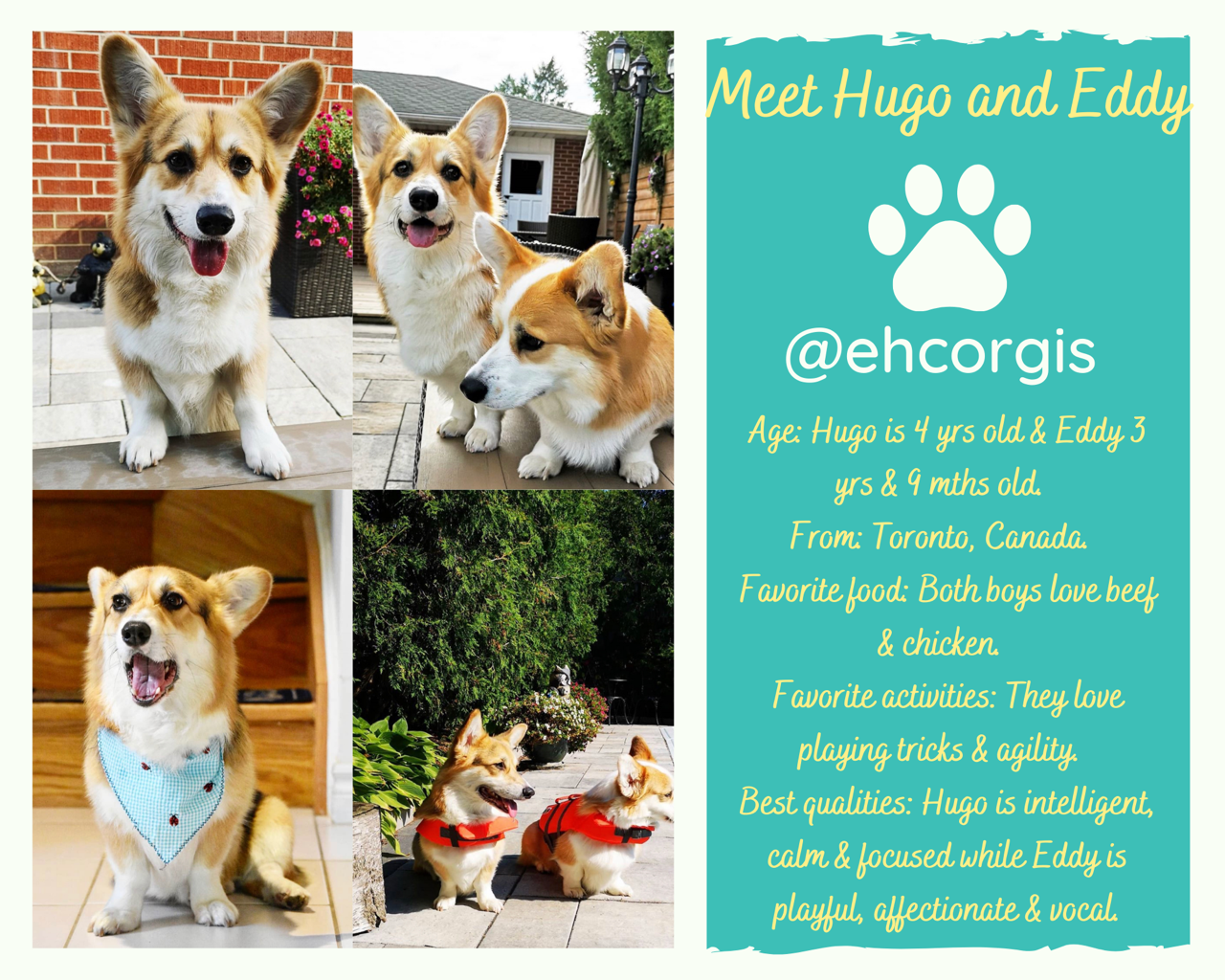 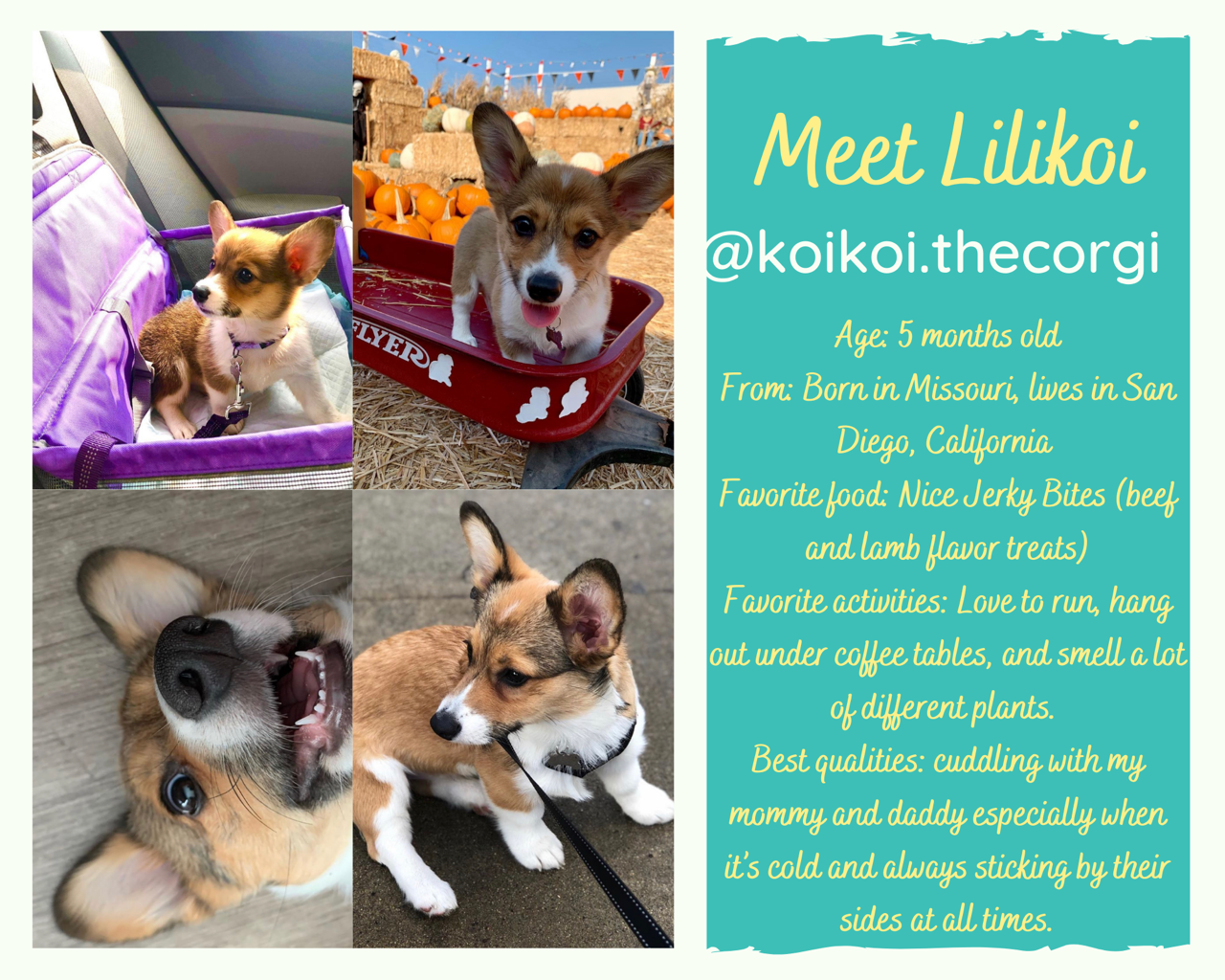 In compliance with the FTC guidelines, ATC Pet Talk is a participant in the Amazon Services LLC Associates Program. Pages on this site may include affiliate links to Amazon and other affiliate sites on which the owner of this website will make a referral commission. Products recommended on ATC Pet Talk are ones that the owner has or would use herself. ATC Pet Talk does not receive free products for review. ATC Pet Talk would like to thank you for your financial support.

Share on facebook
Facebook
Share on twitter
Twitter
Share on pinterest
Pinterest
Share on email
Email
Nothing contained in this site is or should be considered, or used as a substitute for, veterinary medical advice, diagnosis or treatment. The information provided on the website is for educational and informational purposes only and is not meant as a substitute for professional advice from a veterinarian or other professional. This site and its services do not constitute the practice of any veterinary medical or other professional veterinary health care advice, diagnosis or treatment. ATC Pet Talk disclaims liability for any damages or losses, direct or indirect, that may result from use of or reliance on information contained within this website.
PrevHalloween Pet Safety Tips and Tricks
Environmental Allergies (Atopic Dermatitis) in PetsNext

“The greatness of a nation and its moral progress can be judged by the way its animals are treated.” ― Mahatma Gandhi

“You can judge a man's true character by the way he treats his fellow animals.” ― Paul McCartney

“Animals don't hate, and we're supposed to be better than them.”― Elvis Presley 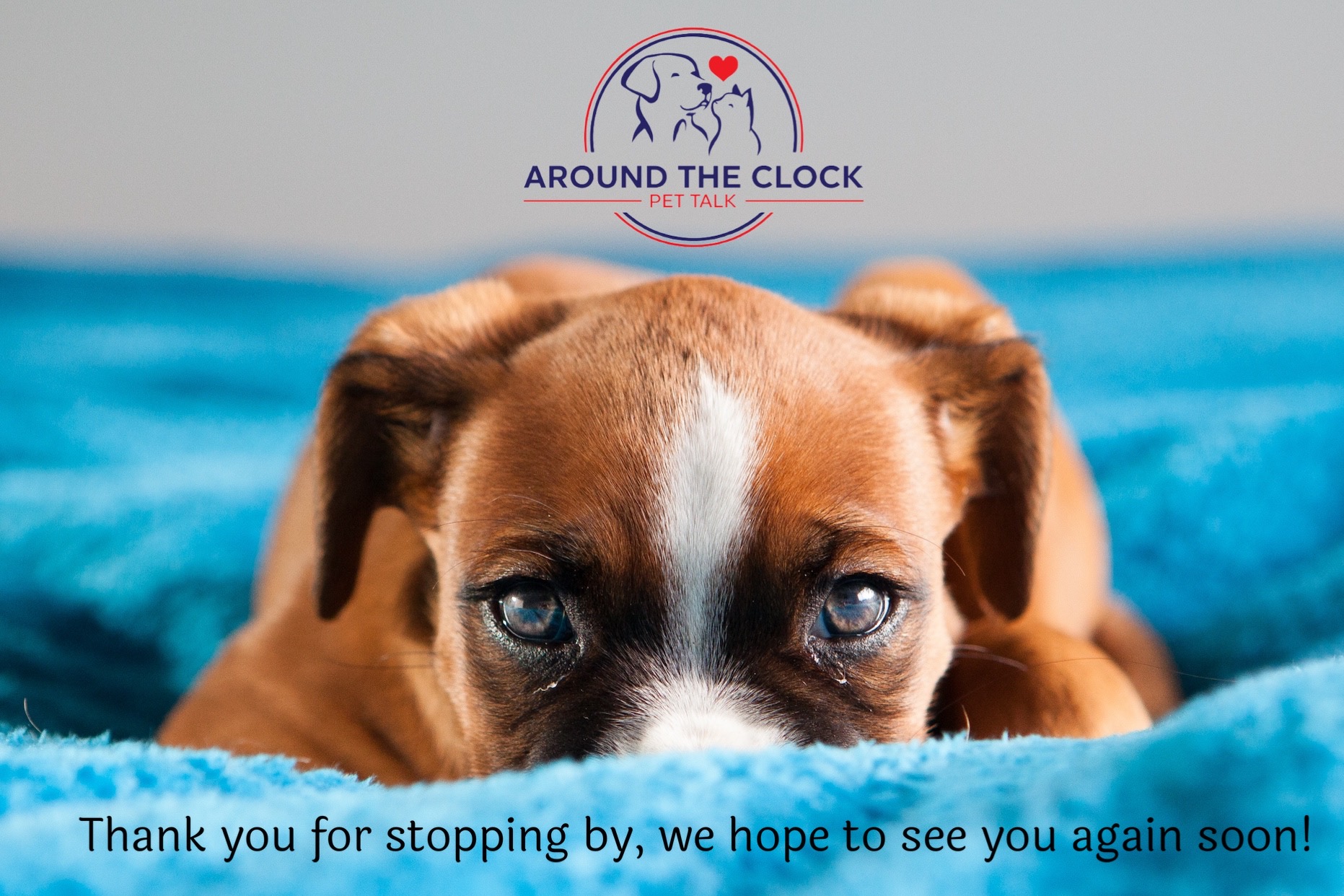